A. The Ark Reappears in Heaven

Luke uses parallel language and images to make his point. But John, the author of Revelation, tells us directly that he saw the Ark of the Covenant - the holy object that had been lost since Jeremiah’s time - in a vision.
“Then God’s temple in heaven was opened, and the ark of his covenant could be seen in the temple. There were flashes of lightning, rumblings, and peals of thunder, an earthquake, and a violent hailstorm. A great sign appeared in the sky, a woman clothed with the sun, with the moon under her feet, and on her head a crown of twelve stars. She was with child and wailed aloud in pain as she labored to give birth” (see Revelation 11:19 and Revelation 12:1-2).
This is a strange string of images, almost overwhelming - like much of the book of Revelation. But certainly the statement that the Ark of the Covenant was visible must have caught the attention of the first people who heard the vision.
If the Ark had been seen, then the time Jeremiah spoke of must have come: the time when “God gathers his people together again and shows them mercy,” the time when “the glory of the Lord will be seen in the cloud, just as it appeared in the time of Moses” (see 2 Maccabees 7-8)
And indeed the sights and sounds are the same as in the time of Moses - storm and earthquake:
“There were flashes of lightning, rumblings, and peals of thunder, an earthquake, and a violent hailstorm” (see Revelation 11:19).
“On the morning of the third day there were peals of thunder and lightning, and a heavy cloud over the mountain, and a very loud trumpet blast, so that all the people in the camp trembled . . . Mount Sinai was all wrapped in smoke, for the LORD came down upon it in fire. The smoke rose from it as though from a furnace, and the whole mountain trembled violently” (see Exodus 19:16, 18)
Naturally, we want to hear more about the rediscovered Ark of the Covenant. And John goes on to describe what he sees: “a woman clothed with the sun” (see Revelation 12:1).
In our modern Bibles, there is a chapter division between the appearance of the Ark of the Covenant and the description of the “woman clothed with the sun.” But chapter divisions were added in the Middle Ages to make the books of the Bible easier to refer to. John did not make any divisions: he wrote straight through from Revelation 11:19 to Revelation 12:1 without a break.
In the dream-like but deeply significant logic of John’s vision, the Ark of the Covenant is “a woman clothed with the sun.”

B. The Woman Clothed With the Sun

And who is this woman?
“She was with child and wailed aloud in pain as she labored to give birth ” (see Revelation 12:2).
“She gave birth to a son, a male child, destined to rule all the nations with an iron rod. Her child was caught up to God and his throne” (see Revelation 12:5).
The one destined to rule the nations with an iron rod (a shepherd’s rod) is the Lord’s Anointed, the Messiah or Christ (see Psalm 2). The “woman clothed with the sun,” whom John sees when he looks at the Ark of the Covenant, is the Mother of the Christ.

C. What Makes Mary the Ark of the New Covenant? 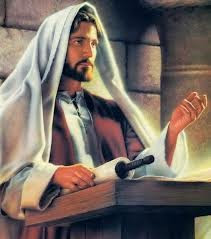 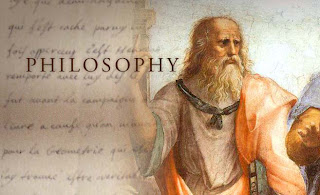 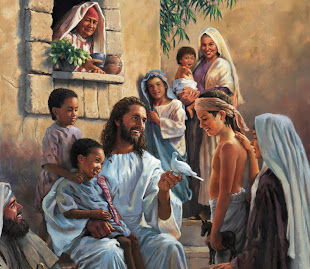